The key trends that shaped prime residential prices in 2020.

1. Demand was domestic in nature

With cross-border flows largely halted by travel bans, those markets reliant on large inflows of international demand, such as Monaco and Dubai, saw prime sales volumes decline, while Vancouver and Miami saw domestic buyers step in to fill the gap.

Governments are focused on replenishing public finances hollowed out by the Covid-19 pandemic. Property and wealth tax revisions are in the pipeline as policymakers look to generate revenue and control property prices.

2020 saw Argentina introduce a new wealth tax and South Korea raise taxes for owners of multiple homes. Changes have also been mooted in Canada, Spain, the UK and the US. 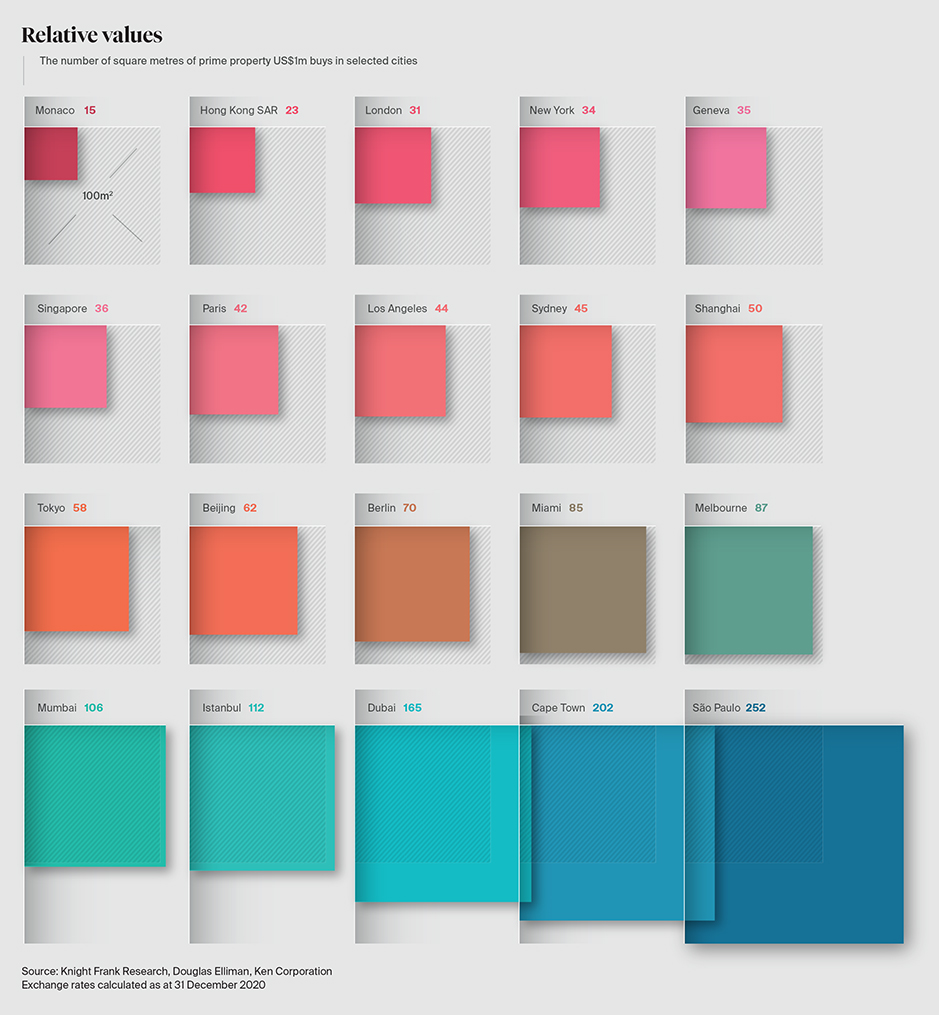 The prime property market’s response to the pandemic has been markedly different to that experienced during the global financial crisis. There has been no surge in distressed sales across second-home destinations and minimal safe-haven capital flight to first-tier cities.

Some 56% of respondents to the Attitudes Survey said their clients are more likely to buy a property in a coastal or resort destination, and 47% in a rural location, as a result of Covid-19.

The attraction of more space at often lower prices, at a time when people were less tethered to offices and schools, is perhaps not a surprise.

The story was different in Asia, where only 27% of respondents are more likely to buy in a coastal or resort location. Here, the resort model is embryonic, and the spotlight on urban living is undimmed.

5. Wellness and wellbeing were even more relevant

Demand for homes in locations that offer wellness and wellbeing was already on the rise pre-Covid, but it has been catapulted up UHNWI agendas by the pandemic.

Locations such as the Caribbean, the Alps, the Italian lakes and Aspen rode a new wave of interest in 2020. In future, we expect the quality of healthcare provision to be a key consideration for investors and second-home buyers alike.

In the wake of the global financial crisis, indebted southern European economies turned to “golden visas” as a means to boost their fragile economies with some success – Portugal’s programme has attracted €5.6 billion since 2012, according to the country’s Immigration and Border Service.

With the EU and OECD pushing for more transparency we are seeing tourist economies hit hard by the crisis turn to short-term visas instead. Barbados’s new 12-month welcome visa, aimed at a new breed of digital nomads, saw almost 2,000 applications between July and November 2020 and has been emulated by several Caribbean markets as well as Dubai.

Among Asian and African UHNWIs education is the motivation behind around 10% of property purchases, according to the Attitudes Survey.

The Lemania-Verbier International School is one such example but others can be found in Villars and Crans-Montana.

8. Expats on the move

The pandemic has led many expats to reassess their priorities and plans, particularly those located a long-haul flight away from elderly parents or children at boarding school.

Some 64% of Knight Frank’s agents noted an uptick in enquiries from expats as a result of the pandemic, but they estimate only a third were planning a permanent move; the majority were seeking a second home.

9. The birth of the co-primary home

Expectations for second homes are increasing. With greater flexibility around remote working, owners are staying longer, with many now viewing them as “co-primary” homes.

From fast broadband to cinema rooms, gyms and A-grade technology, second homes now have a longer wish list to fulfil. 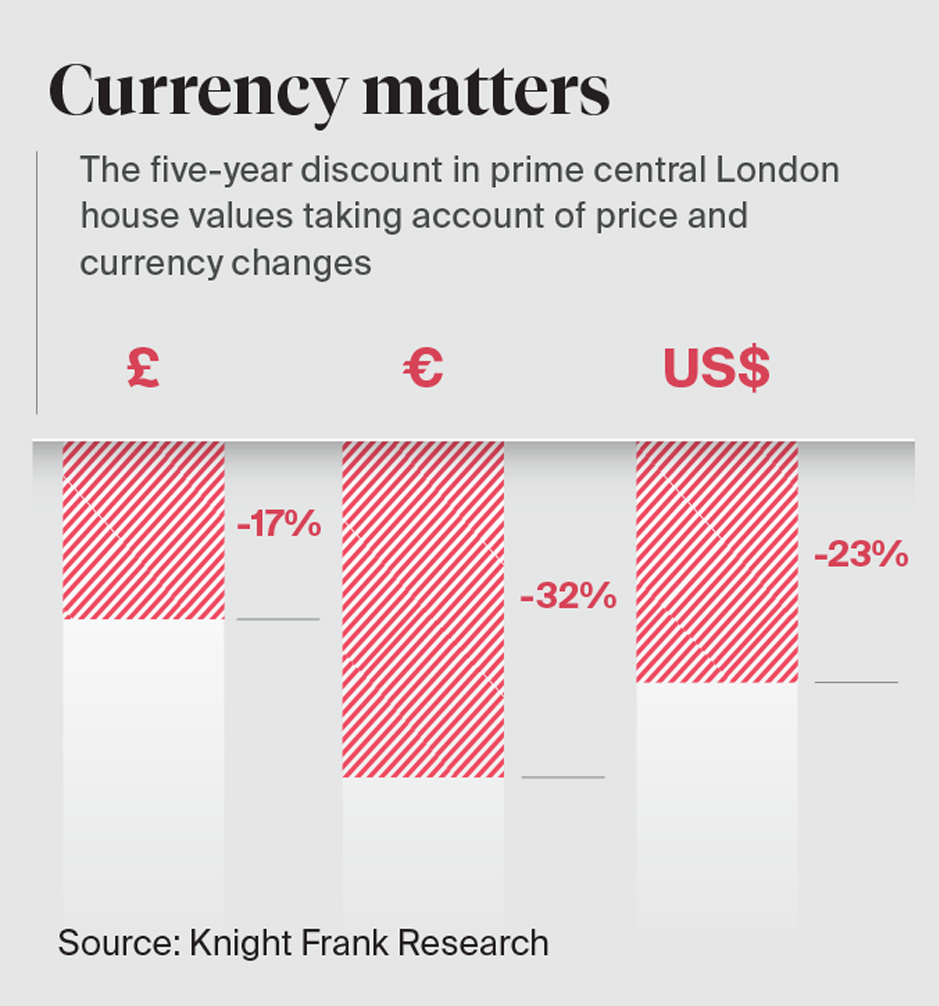 Last year was a year of twists and turns for currency markets. Traditional safe-haven currencies such as the US dollar, Swiss franc and Japanese yen rallied at the start of the pandemic as investors sought shelter, but the dollar ended the year 7% down against a basket of currencies.

Such shifts, when added to the price declines seen in the likes of London and New York, can lead to sizeable discounts